Showing posts from March, 2012
Show all

It's my pleasure to welcome author, Natalie Hancock to my blog today


Tell us something about yourself and how you became a writer.

I’m Natalie Hancock, I was born in Plymouth Devon and moved to Lincoln at a young age. I have been to University of Lincoln, Riseholme College, studying a course on Animal Care, which I did for two years. I now live in the middle of nowhere with my partner, Reece, and our little zoo, which includes my hamster named Crunch, a chinchilla called Hektor and three guinea pigs, Fluff, Smudge and Squig. We both love animals and hope to have an army of guinea pigs, hamsters and chinchilla’s. Along with a goat.

I started writing when I had this weird, but awesome dream, and because I didn’t want to forget it (which happened a lot) I wrote it down, and I guess I never stopped writing.
The first series I ever wrote was about witches. I tried to get those published but had trouble with con men. So gave up.
It remains to be seen what will happen with those books. They …
2 comments
Read more 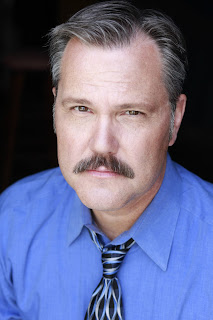 As an actor Stephen Jared has appeared in feature films and television series, as well as commercials for both radio and television. His writings, including articles and interviews, have appeared in various publications. In 2010, he self-published an adventure novel titled Jack and the Jungle Lion to much critical praise, including an honorable mention in the 2011 Hollywood Book Festival. He is currently at work on a sequel. Together, they will be the first two stories of an extended series. Various neighborhoods in and around Los Angeles have been called home for more than twenty years. Prior to that, Stephen was a kid in Cincinnati where he excelled at watching a lot of good movies. The Indiana Jones series pointed him in the direction of Hollywood's classic era. Today, his literary works are largely inspired by old-Hollywood and the action-oriented pulps.
Stephen is thrilled to have Solstice Publishing release Ten-A-Week Steale. The idea for the novel came out of a desir…
6 comments
Read more 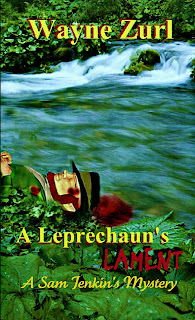 Publishing Audio Books & eBooks at the Same Time
(Or: How to Sell Virtually Unsellable Novelettes)


Playing second fiddle to James Patterson shouldn’t be all that troubling to a new author trying to peddle his first novel. And for me, it wasn’t. It was educational.

I finished my first book, A NEW PROSPECT, late in 2006 and began making the rounds, querying agents interested in mysteries and police procedurals. As the rejection letters trickled in, I wrote shorter mysteries for practice.

The rejections kept piling up and I kept writing. After I finished a half-dozen stories, all of them in the 8,000 to 11,000 word range, I developed a bright idea. I’d try to sell them, too. So, I tried Ellery Queen, Alfred Hitchcock, Strand, and a couple others. No takers with the first one. Okay, said I, try a different story. Still no takers, but one acquisitions editor did have the courtesy to write back and tell me why no one wanted to buy what I was offering. 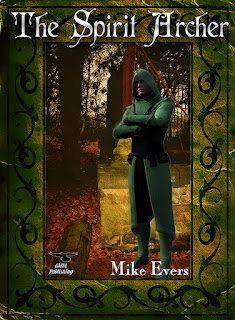 "THE SPIRIT ARCHER" By Mike Evers
Great Minds Think Aloud Literary Community will be publishing "The Spirit Archer" by Mike Evers, the release date is 3/16/2012. This novel will be available in all e-book format on Amazon and in print at CreateSpace.
AUTHOR BIOGRAPHY I was born in Singapore way back in 1970 and spent my formative years in Wales after my family moved there from Australia in 1976.I’ve since resided in numerous places, including: Sussex, Kent and Poland. After school I did a BA in History at the University of Wales, Swansea; and later, a Masters’ degree in International Conflict Analysis at the University of Kent at Canterbury.This has given me an educational background which I have for the most part managed to avoid capitalizing upon - so far.
I currently live in West Yorkshire with my wife Joanne and son Joseph. I spend a few days a week teaching English in a local college. This is a career I have been doing for 12 years or so and it was in doing a ce…
Post a Comment
Read more

Robin P. Waldrop hails from Miami, but lives in Alabama with best friend, business partner, and husband, John. She is a mother of five, grandmother of five, and owner of a variety of different animals.
When she’s not working at her business with her husband she’s found at her computer where she breathes life into all the wonderful characters that are born from her vivid imagination. She is an award-winning author who enjoys writing edgy YA paranormal/Urban Fantasy, and FBI suspense/thriller novels and short stories. Always a voracious reader with an unapologetic television addiction, Robin still searches for the perfect cup of coffee.

What Inspires Me to Write


My oldest daughter and I are big readers and we swap books all the time. We were talking just the other day about what inspired me to start writing, and why. After careful thought I realized all I could think of was how ideas just sort of come to me. And if I don’t quickly get them on paper they soon start to haunt my every waking …
2 comments
Read more
More posts