Showing posts from September, 2015
Show all

It's in You to Give - Vampire Books for Blood

Beautiful Monster (The Exchange) Book One 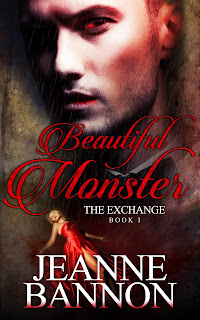 Free September 10-12
Beautiful Monster — The Exchange (book one) is the story of Lev Baronovsky, a soulless creature of the night and his predicament. The love of his life, a mortal, has just died and in three days will pass to the other side. Without a soul, Lev cannot cross over with her and the thought of spending eternity without his beloved is unbearable. Is seventy-two hours enough time to find a way?
With the help of his brother, they must find the only one who can help — the vilest creature of all, Boris. But Boris has selfish plans of his own.
http://www.amazon.com/Beautiful-Monster-Exchange-Jeanne-Bannon-ebook/dp/B00THI4RDW/ref=sr_1_3?ie=UTF8&qid=1441836630&sr=8-3&keywords=jeanne+bannon
Post a Comment
Read more 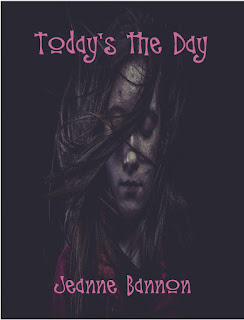 Today’s the Day
“Today’s the day,” a strange man says to officer John Galloway, sending a puzzling, yet ominous, message. Galloway can’t make sense of the words, or perhaps the warning, but when he’s called in on a missing child investigation, it quickly becomes clear to him that it’s not going to be a good day.
Just in time for Halloween, a story about a girl who goes missing on and the unfortunate police officer who finds her.

In the distance was a school, and he headed toward it, sweeping the beam back and forth in front of him as he jogged, his chest tightening with the strain. His forty-eight-year-old body was no longer suited for strenuous activity, but he was loathe to give up active duty for a desk job. Being in the field kept him sharp mentally and gave him purpose.
The vacant schoolyard was lit up like a 7-Eleven, and Galloway refastened the flashlight to his belt. He brought a hand to his forehead to shield …
Post a Comment
Read more
More posts