Beautiful Monster - meet some vamps and a ghost 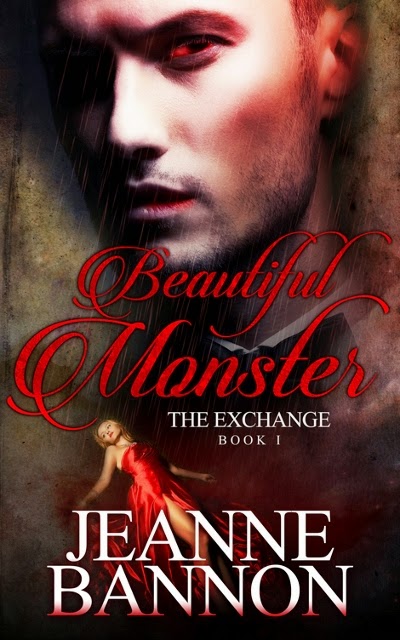 Lev Baronovsky, a soulless creature of the night, has a problem. Carly, the love of his life has just died in an accident and in three days will pass to the other side. Without a soul, he cannot cross over with her and the thought of spending eternity without his beloved is unbearable. Is seventy-two hours enough time to find a way?

With the help of his brother, Alexei, they must face the vilest creature of all, Boris, an ancient one with selfish motivations of his own.

Lev moved swiftly through the hallways, darting in and out and around what, to him, were slowly moving nurses and orderlies—those unfortunates working the midnight shift. Faster than any human eye was capable of detecting, he made it to Carly’s room in a flash. In fact, he made it there just in time, nostrils plucking the acrid scents from the air better than any dog’s.


He sat on the bed beside her in the dimly lit room and noticed, thankfully, she had no roommate. The bed beside Carly was recently vacated. The scent of death still lingered heavily and sadly.


Taking her delicate hand in his, Lev noticed a monitor clipped on an index finger. It seemed it measured her pulse and heartbeat. He noticed too that her heart was beating slowly, though he didn’t need a monitor for that. He heard its throb, and it made him think of a dying battery.


However, relief settled on him as he realized he was the first to arrive after the accident that had left her comatose. Carly’s family was nowhere near yet. It would take hours for them to get here from the other coast. He had time, plenty of it. Stealthily, Lev glanced into the hallway from his perch in the darkened hospital room. The occasional nurse strode past, but it was late, or perhaps the better term was early. In the wee hours of the morning, there would be fewer staff than during the day.


With a sigh, he took Carly in. Her blonde hair was matted and dirty, even though it looked as if someone had tried to clean her up, perhaps finger combing her thick mane and tucking it behind her head. Her face was still perfect. Not a single scratch had sullied her beauty.


A knot twisted in his belly. Why hadn’t he known? He could have saved her if only he’d known. But even Lev couldn’t know everything. It was his brother, Alexei, who’d given him the news moments ago.


“Brother,” he’d said, “there’s been an accident. Go now to the hospital or you’ll never see your precious Carly again.”


He hadn’t asked the how, the why, the when. Alexei had dropped his mental barriers. Lev felt them fall like a drawbridge. His brother had let him in. It was easier than speaking—Lev was able to glean whatever information he needed in an instant. But with the simple facts of Carly’s accident came the realization his brother was happy for the turmoil. A hint of a smile had curled Alexei’s full lips, and his eyes were bright. Lev was not surprised.


He pulled his thoughts from Alexei and looked down at his beloved’s hand in his. The pallor of it matched his own. He listened to the slow rush of blood through her veins, willing it to grow stronger.


Moving close, he whispered, “I can save you.” He brought her dainty wrist to his lips. She smelled like death already—like the musk of freshly turned earth. It was now or never. His fangs pricked at her delicate skin, drawing a bead of crimson. It tasted of iron and copper and of her. Carly’s very essence was in that droplet.


He stopped himself, knowing she wouldn’t want him to go through with it. They’d talked about it many times, about the possibility of him turning her, so they could be together, not for just the blink of an eye that was a human lifetime but for eternity. She would be furious if he turned her, and he wouldn’t blame her. Lev knew the pain and sorrow of being changed into a monster against one’s will.


But at least she would still exist. We could still be together. He shook off that small, but oh so inviting thought. No, he would not make a monster of her.


With a flick of his tongue, he licked the droplet away. A shudder of pleasure shot through him, and as he pushed her wrist to his mouth, like a child ready to bite into a ripe peach, the monitor blared a warning. He dropped her arm. Panic filled him. Carly’s pulse rose and fell suddenly. The stagnant tone of a heart that was no longer beating blared from the machine, stabbing sharply in his ears, but the growing silence of blood no longer pulsing through veins and arteries seemed louder. Hesitation had cost him. His compassion, as his brother would say, was his one true downfall.


Two nurses and a doctor were in the room now, buzzing frantically around Carly. Lev had disappeared through the pane of the window unseen and watched from outside where the moonless sky hid him. His jacket flapped in a breeze that also tousled his long black hair. It whipped and slapped against his cheeks.


It was said creatures like him could feel no pain. That they existed only as predators—takers of life—but Lev’s world had just crumbled. If he had a beating heart, it would be broken in two. Tears welled in his eyes, and he longed to let them fall. No, more than that, he wanted to scream, wanted to rip his cold dead heart from his chest and stomp on it.


Lev gathered himself as best he could, pinching the tears from his eyes and staring up to the heavens, but there would be no help for him there. For Lev Baranovsky, there was no God, only this perpetual hell he lived in. Love may come for him again in time, though he wasn’t sure he wanted it to. Would he ever get over losing his precious Carly? The vicious cycle of love and heartbreak was enough to drive him mad.


He should go now. Carly was gone. There was nothing he could do. Even though his brother would be at home, he needed the comfort of his own space to grieve.


He looked down at the ground two stories below, and when he peered back up for one last glimpse of his beloved, his brows lifted and his dark eyes grew to the size of poker chips.


Carly was dead, but she wasn’t gone.

I've worked in the publishing industry for over twenty years, first as a freelance journalist, then as an in-house editor for LexisNexis Canada. I currently work as a freelance editor and writer and am represented by Karen Thomas of the Serendipity Literary Agency.

My debut novel, Invisible, a young adult paranormal romance, has recently been optioned for film. Invisible is an Amazon bestseller both domestically and internationally and continues to receive wonderful reviews.

Another of my novels, Nowhere to Run, tells the story of Lily Valier, a woman of substance and beauty, and her dilemma when she falls in love with a man whose mission it is to bring her down.