I'm honored to host author, Michael Thal, on my blog today. Today marks the release of his latest novel, Koolura and the Mayans (Koolura series Book 3) which is available on Amazon.

I want to wish Michael the very best of luck with his new endeavor.

Koolura is no ordinary girl. Neither is her best friend Leila. While visiting Mexico, the girls discover a device which hurtles them back in time to an early Mayan civilization. The Mayans have troubles of their own—the alien Aquari people have all but enslaved them. They need a goddess to set them free. Could Koolura be the one?

Twelve-year-old Koolura Akopyan stood in the middle of her bedroom, staring at the open suitcase on her bed. She looked at what she had already packed. “Okay, I think I have everything. Laptop and books are in the backpack. Clothes and bridesmaid’s dress in the suitcase.” She paused and flopped onto the bed. “Gosh, I can’t believe Daddy and Terri are finally getting married.”

Koolura took a deep breath and stared out her window. Palm tree fronds swayed in a gentle Southern California breeze under a cloudless sky. Her room was decorated in a seaside motif with navy blue pillows pressed against the headboard and resting on a turquoise comforter. The ceiling was dotted with billowy white clouds she had painted during a boring winter vacation.

“Enough daydreaming, time to go.” After all, there was a wedding to attend in beautiful Oaxaca, Mexico. It would be followed by a parade with a mariachi band and Mayan dancers and then a big wedding reception and party.

She stood up and latched shut her suitcase. Then she slung her backpack over one shoulder and picked up her suitcase with her other hand. She thought of the weekend trip she and her dad took to visit her best friend forever (BFF) Leila and her parents a few months ago. The drive to Marin County had been seven hours of boredom.

This will be a lot quicker.

Then, focusing on the memory of Leila’s bedroom, Koolura evaporated into a burst of white light reappearing instantly at a doorway on the second floor home across the bay from San Francisco.

“I did it!” She grinned just as Leila poked her head out of the bathroom and jumped.

“Oh! You frightened me.”

Leila giggled. “The last time we teleported together you missed the boat and we had to swim 100 yards.” She wrapped her arms around her friend and gave Koolura a warm hug.

Koolura hugged back and then stepped into Leila’s room. “Huge improvement,” she signed, wide-eyed. Lavender drapes covered the windows looking out at the Golden Gate Bridge in the distant background. Wallpaper on one wall showed large black and gold circles floating into each other.

Koolura plopped onto the loveseat, taking it all in. “Sure beats my marina bedroom by a nautical mile.”

Leila’s freckled cheeks swelled into a grin. “Thanks. So fill me in. What’s the plan with this trip?”

“Simple. My dad bought us tickets to Oaxaca, Mexico, where he’ll meet us at the airport.”

“Not exactly.” Koolura’s eyes twinkled with mischief. “I’ve cashed in our tickets to Oaxaca for pocket money. We’ll fly back to California with Dad and Terri, so we’ll keep those. I’ll teleport us straight to the hotel in Oaxaca. I’ll tell Dad we arrived early and grabbed a shuttle from the airport to save him time.”

Leila shook her head, but was grinning. “Don’t you mind lying to your dad?”

“I hate it,” Koolura signed. “But Dad doesn’t know I can teleport, fly, and heal the sick. All he knows is that I have the power of telekinesis.”

“Yeah. That scares him enough. I don’t want to freak him out any more than I have to.”

Leila nodded knowingly. When Koolura first revealed her powers to Leila at Camp Saddleback, she had thought Koolura was an alien from a faraway star. 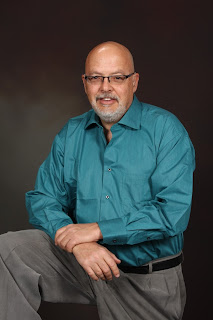 The Legend of Koolura was Michael’s debut novel. This was shortly followed by Goodbye Tchaikovsky. Two years later, Koolura and the Mystery at Camp Saddleback was published. What began as an impromptu story for his daughter blossomed into the Koolura Series. Koolura and the Mayans is the third installment in the series.

Michael has a masters’ degrees in Education from Washington University, St. Louis and California State University, Northridge. Previously a middle school teacher, after suffering from a severe hearing loss leaving him near deaf, Michael redefined himself to become an award winning writer.