Lost and Found, a sweet romance 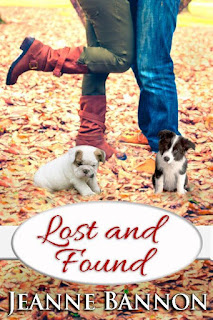 I'm one of the fourteen authors with a novella featured in the upcoming boxed set, Valentine Pets & Kisses. https://www.goodreads.com/…/…/27887192-valentine-pets-kisses The set has not yet been released but I would love to share my story (free of charge) in return for a short review. It's called Lost and Found (PG rated). Please comment below if you're interested and I'll send a copy.


Lexi is so distraught after long-time boyfriend, Josh, dumps her she has to take a leave of absence from her job as an English teacher. Josh leaves behind the French bulldog he bought for her just before things fell apart. Lexi is not a dog person and contemplates giving the pup away. However, it’s all she has left of Josh and so she gives the little mischief-maker a little more time.


While at puppy obedience school, Lexi meets Tommy, a handsome, happy-go-lucky type she could easily give her heart to if only she was ready. Still pining over Josh, Lexi gives Tommy the brush off and they lose touch. As much as she doesn’t want to admit it, Lexi comes to realize that in the short time she and Tommy spent together, he’d left more of an impression on her heart than she cared to admit.

A winding road of unfortunate events brings Lexi and Tommy together again, but are they meant to be, or does fate have another plan?

Lexi awoke with a start to Bardot’s high-pitched howls, which had stopped after two hours or so, allowing Lexi to fall asleep for a short time. She checked her phone. It was four in the morning. She was grateful she didn’t have to get up early to go to work. Was this what it would be like to have a baby? she wondered, but heartache quickly pushed that thought from her mind. She couldn’t go there.
The love-hate relationship she had with Bardot was never more evident than in these moments. She’d grown to kinda-sorta love the dog because Josh had given it to her, but she’d never really wanted a pet and had been more than a little annoyed when he’d brought the dog home unexpectedly.
“I bought her for you,” he’d said with a huge grin as he handed the tiny beige and white pup out to her. Lexi just stood there, hands at her sides. She’d never held a puppy before, had she? What if it wriggled away from her and she dropped it?
Josh had laughed and pushed the dog to her chest, her hands coming up automatically to cuddle the warm little bundle. A cold wet nose tickled her neck and slobbery kisses followed.
“Whaaaa…?” was all she could manage with a shake of her head. He couldn’t be giving her a dog, could he? she remembered thinking.
It was a Friday night and their anniversary. The puppy had a big pink bow tied loosely around her neck, which she tried in earnest to pull off.
“Her name’s Bardot,” Josh said with a look of anticipation. He was waiting for her to connect the dots. When she said nothing, he began again, with a few hand gestures as if trying to pull the memory from her. “Because when I first met you, I said you reminded me of Brigitte Bardot but without the blonde hair. And, she is a French bulldog after all. It seemed appropriate. But go ahead and change the name if you like.” His lips thinned and his smile died. He’d been reading her expression, which she was certain was one of horror.
“Fine, fine. The name’s…great,” she’d said with forced enthusiasm, then set the dog down on her new area rug. Bardot promptly squatted and peed. Lexi managed to keep her reaction to a minimum as Josh ran into the kitchen to grab the paper towel.
How could she have told him she hated her gift? It was a puppy for crying out loud! Weren’t people supposed to love animals, especially puppies? What was wrong with her?
Then it hit her. She realized it was Josh who’d wanted the dog. He’d brought up the subject countless times since he’d moved in with her. Lexi had always said the same thing, “Maybe later, hon. Now’s not the right time.”

Bardot was five months old now and still not housebroken, but without Josh around, Lexi was as helpless as a, well, a newborn puppy. She got up slowly from the hard floor. Her back ached and her head pounded. She guessed Bardot had to go outside for a pee—another thing she hated about having a dog. Her small yard wasn’t fenced and so she had to walk the puppy around until it decided to do whatever it had to. Lexi prayed Bardot hadn’t already done her business in the crate. That was not an uncommon occurrence and it always meant she’d have to bathe the dog since she didn’t seem to have the sense not to step in her own waste. Lexi sighed at the thought of it. Bardot did not like baths.
She bent down to open the door to the crate. Bardot already had her little pushed-in snout against the grill of the door, stubby tail wagging furiously. When she opened it, Bardot bounded out and jumped up to kiss her. Even though still just a pup, she was strong and her boxy little skull connected with Lexi’s nose. Blood gushed. Lexi stifled it with a hand while trying to keep the puppy at bay with the other, but Bardot was persistent, jumping and jumping until she knocked her mistress backward onto her butt.
Lexi let her head fall into her hands and cried; a small pool of blood and tears spilled onto the front of her T-shirt. She looked up in time to see Bardot squatting on the rug. 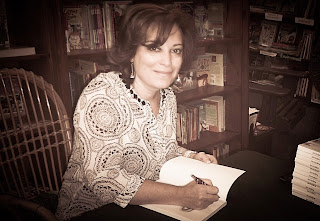 Jeanne Bannon, an international best selling author, has worked in the publishing industry for over twenty-five years. She is represented by the Serendipity Literary Agency.

Her debut novel, Invisible, a young adult paranormal romance, was published by Solstice Publishing in 2011 and was subsequently optioned for film. Invisible is an Amazon bestseller both domestically and internationally and is set for re-release in the coming months.

In 2014, Nowhere to Run, a romantic thriller, was published by Etopia Press. In 2015, Jeanne published the first of a three-part novella series, a paranormal romance titled Beautiful Monster, The Exchange (Book One). She is currently finishing work on the second in the Beautiful Monster series.