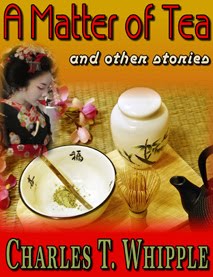 
Thanks, Charles for stopping by to chat about your work. You're a very prolific writer and I wish you well on your altruistic endeavor with A Matter of Tea.
A Matter of Tea author interview Charles Whipple Japanese tsumani