Need a little romance? Author, Sandi K. Whipple has the right book for you. 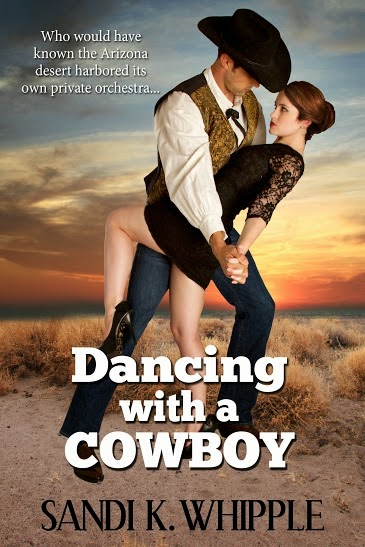 Dancing with a Cowboy

Lucy Baumgardner, working partner in a law firm in Philadelphia, works too hard. So says the senior partner, who just happens to be her father. When she’s forced to take a two week hiatus, she assumes two weeks of pedicures, massages and poolside relaxation with a glass of wine won't kill her. But things aren't always what one expects.

To her horror, city girl Lucy ends up stuck on a working ranch with no phones, cell service, or WiFi. Her acute shock dictates she will not play cowgirl for two weeks. Making matters worse, Stace Levin, the very handsome owner /operator, does nothing to make things easy for her. Her days are filled with manual labor and one mishap after another, amusing Stace to no end. Surprisingly, he finds her not only amusing, but smart, stubborn, and very beautiful.

Knowing it’s for only two weeks, Lucy slowly succumbs to the ranch lifestyle. Every day something happens to change her mind about the good looking cowboy, Stace. One day he’s a pompous ass, and the next, well… Those inviting arms, and his generous warm lips and mouth can sure as hell change one’s mind about the guy. 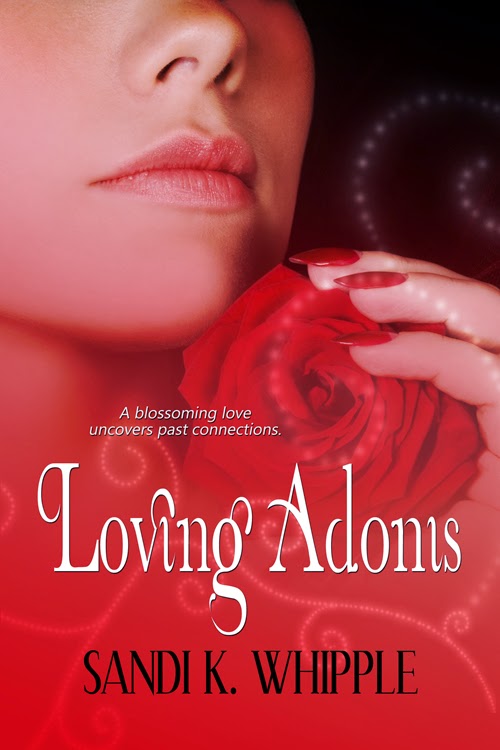 “Loving Adonis” is a novel about multiple characters and family ties. At a very young age, heartbroken Angie loses her parents. Her older brother had run away years before and now she is left entirely alone. Her aunt, whom she never knew existed, takes her in, raising her as the daughter she never had. Upon graduation from college, Angie pursues ownership of a flower shop business, pouring all of her energies and honing her focus into developing her independence. Fate, however, is at work in preventing a solitary life for Angie. As a supposed fill-in for an employee, another owner of a well-established business is introduced to Angie. Upon meeting the handsome Gary, she is shocked at her reaction to him and privately nicknames him her "Adonis". Surprised by the electric chemistry that neither can ignore, and with some reservations and trepidations, they embark upon a relationship filled with heated encounters that leave Angie breathless. Weeks filled with passion, love-making, playing, and sharing have begun to cement a commitment between Angie and Gary. But fate again steps in to test Angie on the day she accidently observes Gary embracing another woman. Too stubborn to confront the apparent cheating incident, Angie’s jealousy rises and clouds all reason and logic. To make matters worse, within a short time later, Gary overhears several conversations between Angie and two other men! Suspicions now mount in the minds of both and their false pride puts their relationship in danger. Both are too stubborn and hurt to confront one another. Struggling through days of loneliness and refusing to communicate, Angie is struck once again by the hand of fate. Family members suddenly begin to emerge from her past. Uncovered ties are realized and the dynamics of these family bonds add new perspectives and ingredients to Angie’s daily life. When the lovers are forced to confront one another about their suspected unfaithful behavior, the shaky bonds and shattered commitments are surprisingly strengthened by the truth. This is a story of new love found, lost, and regained. But that’s not the end. The story is intensified with past love found, the power of friendship and family ties. Interwoven between the pages is inspiration to search for the power of love.

Lilly, a successful entrepreneur decides marrying David would be a mistake. After breaking the engagement, her best friend, Sue, convinces her to go away. Lilly sells her business and leaves New York to regroup. She ends up in a small town called Everley Flats, Colorado. When she finds comfort and a new love, she believes all her dreams have come true. Glenn, a hotel owner, is everything she ever wanted. Lilly decides to stay in Everley Flats and rents a cottage at the edge of town. She and Sue spend days shopping to fill it and make it homey. .

Sue makes many trips between New York and Colorado to spend time with Lilly, and in the interim, falls for Glenn’s friend and hotel manager, Jim.

Once both couples become relaxed and comfortable, strange things begin happening. Lilly and Sue are nearly run over after leaving a department store, on several occasions the doors of the cottage are found unlocked and open, and they discover they’re often being followed. After many discussions, it’s decided the open doors were due to forgetfulness, and the vehicle that nearly ran them over, well… it was just a negligent driver.

Lilly spends her time culminating her new restaurant in Glenn’s hotel. Sue is back in New York, and Glenn’s been out of town on business. Lilly is alone in the cottage and excited while preparing for Glenn’s return. She hears a knock on the door and races to greet him. When she opens the door, she’s shocked to see her ex, David, standing in front of her.

David forgives Lilly for running away, and tells her he’s come to take her back to New York. He explains how they will be together, and how they will be happy. When Lilly demands that he leave, David gets physical. His assault leaves her not only bruised, but so frightened she finds it difficult to breathe. David tells her he’ll be back for her, and leaves.

Lilly drives to Glenn’s hotel to wait for him. She can’t believe her eyes when she see’s Glenn exiting a limo with a beautiful woman who put her arms around Glenn and kissed him. Devastated that he has another woman in his life, and too afraid to return to the cottage, Lilly runs to her friend Sue in New York. Unable to locate Lilly, Glenn is relieved when he discovers she is safe with Sue in New York.

Now, all the strange going-ons are explained. It soon comes to light that Lilly’s ex, David, has an unsavory past. To make matters worse, he’s been the one secretly following and spying on her. What he plans for her, well… those things were never in her dreams.

Glenn and Jim have the girls flown to Montana and drive them up into the hills to Jim’s fishing cabin. Now, hiding out with Glenn, Sue, and Jim, Lilly thinks she’s safe. Only the police know where she is. She was wrong. When David kidnaps Lilly and drags her into a hillside cave, she understands how twisted he is. The driving forces of devoted love are what it will take to save her.

But it now - Amazon


And now, here's a little bit about Sandi in her own words:

I've always maintained my work ethic with a strong emphasis on professionalism. But now that I'm retired, I have surprisingly new desires. I want to acquire skills and abilities in the written word. I consider engaging in putting my imagination into words for others to read, as time well spent. My friends, and the readers of my work are important to me.

I absolutely love romance novels. As a young girl, I used to sneak my foster mother's True Romance and True Confession magazines. They always had several short hot & steamy romance novella's. I chuckle now when I remember her saying, "you're too young to read that trash". What? If it was trash, why was she reading it? Now there's a way to set a good example, yes?

When I'm not reading a book, and even sometimes when I am, I love listening to music. I enjoy Classical, Light Jazz, Easy Listening, Country, and of course the Oldies but Goodies of the 50s and 60s.

In 2007, I was in a wheelchair for eleven weeks, and I was reading two and three Romance novels a day. I shared my disappointment with a friend about a novel I read, and she suggested, actually dared me, to write my own. So, I wrote "Loving Adonis", and stuck it in a drawer. A few months later I wrote "Twisted Engagement", and it too ended up in a drawer.

Some time later, (we're talking years, not months) I took "Loving Adonis" out of the drawer and worked on it again. When I asked a few friends to read it, imagine my shock when I was asked how long before my next novel would be ready. So, after some fine tuning, "Loving Adonis" and "Twisted Engagement" became available for everyone to enjoy.

October 15, 2014 my third novel, "Dancing With A Cowboy" was released. I laughed out loud, and cried real tears while writing it.

I think reading and owning a book are two of life's many pleasures.