Stolen is a steal

Today, author Sheila Dalton has hijacked my blog to make an announcement 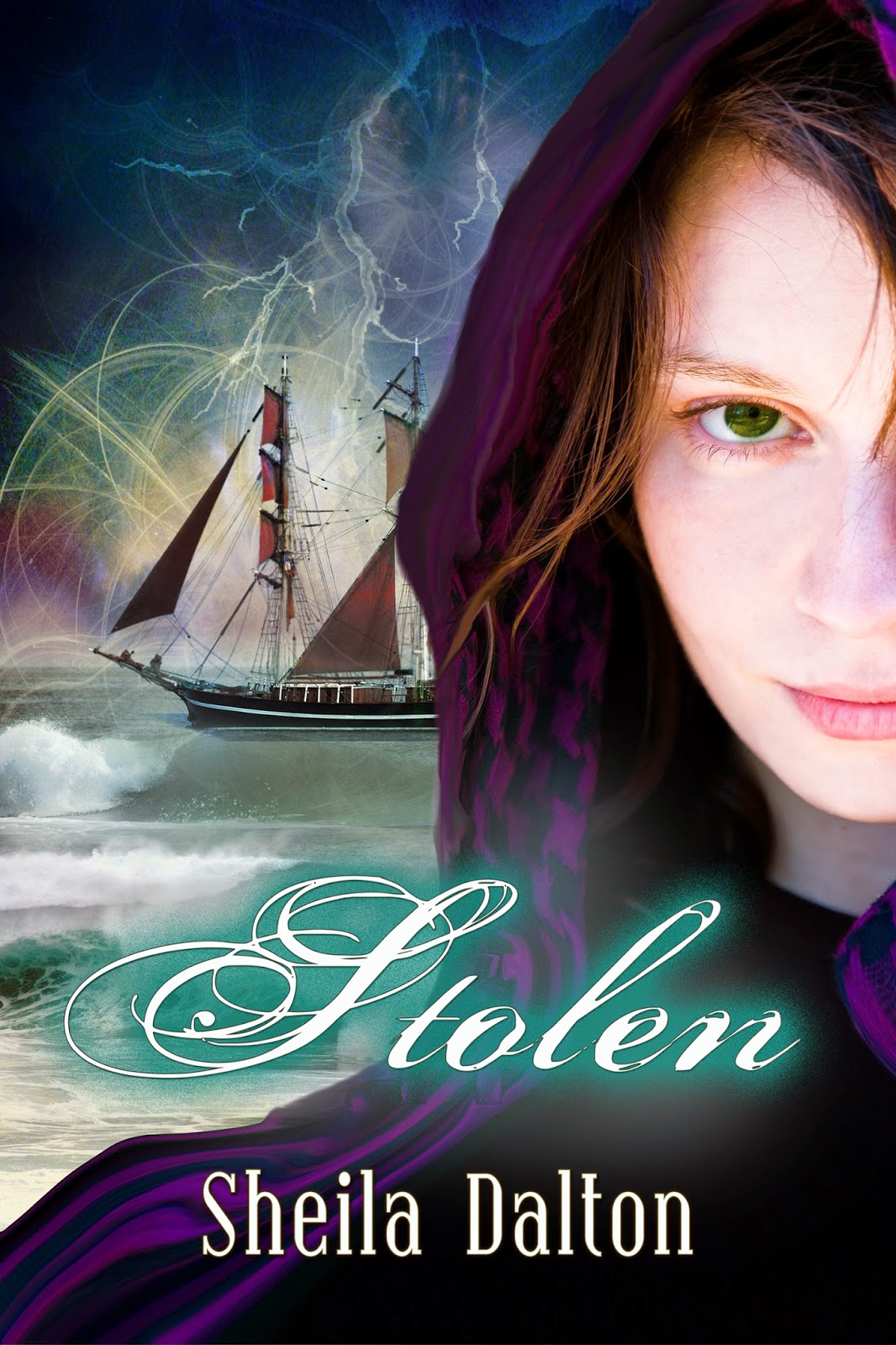 First, a big thank you to Jeanne for allowing me on her blog today to advertise a HALF PRICE SALE of my new historical fiction ebook, STOLEN.
From now until March 8, Stolen for Kindle is available for $2.99 U.S.
Stolen came about after trips to Morocco and Devon, England. In Morocco, I visited the underground dungeons where the Christian slaves were kept; in Devon, I saw the caves and coves where British pirates plied their trade in the seventeenth century.

Devon, England, 1633: Lizbet Warren’s parents are captured by Barbary Corsairs and carried off to the slave markets in Morocco. Desperate to help them, Lizbet sets out for London with Elinor, from the Workhouse for Abandoned and Unwanted Children, the only other survivor of the raid. The pair are soon separated, and Lizbet is arrested for vagrancy. Rescued from a public whipping by a mysterious French privateer, she is taken to his Manor House in Dorchester, where he keeps her under lock and key. Later, Lizbet is captured at sea by the pirate Gentleman Jake, and forced to join his crew. She forms complex bonds with both of her captors; but never forgets her parents and uses all her skills to enlist the aid of these men to find them. Her quest leads her to the fabled courts and harems of Morocco and the tropical paradise of Barbados.

Rich in historical detail and based on true events, Stolen is the story of a brave but very human young woman who perseveres in the face of incredible odds to establish her place in a new world.
Stolen can be purchased from Amazon Canada, U.S. and U.K.
Amazon.com
Amazon.ca
Amazon.co.uk
And if you buy a copy of Stolen and leave a review on Amazon, I will send you a free PDF of my literary mystery, The Girl in the Box, which last year was voted a Giller People’s Choice Top Ten in Canada. Here’s the link where you can read more about The Girl in the Box:

Amazon.com
Amazon.ca
If you are interested in the free PDF, please leave a comment with your email address.  I will get back to you and ask for a link to your Amazon review of Stolen when it is done, then send you your free copy of The Girl in the Box.