Author, Felicia Rogers Stops by for a Visit 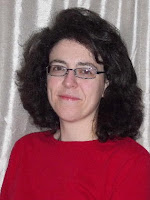 Today I welcome author, Felicia Rogers to my blog. Felicia is a prolific author with many books under her belt.

About Felicia
Felicia Rogers, born and raised in the southern part of the United States, is a Christian wife and mother. She is just your average, ordinary woman, with a side interest - writing. For eleven years, every waking moment of her life was consumed with changing diapers, wiping noses, and kissing scrapes. But now that her children have grown and she enjoys a modicum of freedom, in addition to taking care of hearth and home, she writes! She enjoys adding a flavor of realism and humor to her all too real romance stories. For what is love without a little laughter?
Welcome, Felicia...take it away
How I became an author is an interesting story.  Sometimes I think it happened by chance, by accident, completely without my help.  Although if I calculate all the hours I’ve invested into my writing, I realize that’s not entirely true.
About two years ago, I told my cousin I wanted to write a romance novel.  I’ve read romances in every genre for years.  At one time about five years ago, I’d tried to write one, but it never made it past the editing stage.  When I informed my cousin of my plan, she encouraged me.  Said it would be a joint effort.  I didn’t know at the time she would become unable to help me and I would be completely on my own.
I went on to finish the manuscript and I sent it out to several agents and publishers but it never made it past the first stages.  Disgruntled and looking for new ways to get my work out there, I stumbled across a forum post for Solstice Publishing’s Celebrate the Season contest.  I was waiting to hear from a publisher on my manuscript at the time so I set all my other ideas aside and started work on a submission.  In two weeks I had written a novella of about 13,000 words and submitted it for the contest.  Now all I had to do was cross my fingers and wait.
Within a few weeks I discovered I was one of five winners and my novella was to be published!  This gave me renewed hope that anything was possible.
Currently my published works include, The Holiday Truce (included in the Celebrate the Season book), The Key (YA paranormal romance novel), Mara’s Secret (sequel to The Key) and The Perfect Rose (a contemporary novella).


Here is a little more about each of my published works.


Lena Phillips and Frank Campbell are headed to Colorado for a professional conference.  The couple is far from being friends, however, and bickering is one of their favorite pastimes.  On their way, they find themselves on a country road and, because of their arguing, they have an accident.  They are lost and alone.  Will they be able to resolve their differences in order to survive?  Will facing the elements allow them to discover their true feelings for one another?   Follow Lena and Frank as their love is revealed in a permanent truce.
The Key
A teenage girl suffering from a family tragedy, Maddie Clevenger is oblivious to the ancient mystery surrounding her. She’s young and incredibly unlucky, in life and in love. She should be enjoying her senior year of high school, but instead she is tormented by a reoccurring nightmare and a very real stalker. But all that changes when Chase Donovan, an Air Force brat with a protective streak, shows up at school. Will Chase be the key to helping her solve her stalker problem? Will he be the key to solving the mystery surrounding her family’s past?
Mara’s Secret
Sequel to The Key
Dougal Lachlan was prepared to spend the rest of his days in prison, but he wakes up in an unexpected place and time with a new mission. Should he be thankful, or terrified?
Mara Hess has been unable to speak for the last ten years. Her family believes she is dimwitted. But Mara knows something. A secret she is afraid to share.
The Perfect Rose
Abandoned by his wife and left to raise a child alone, Caleb Reed falls short of the ideal work-from-home dad.  He needs a woman to help him, in every sense of the word.  At the suggestion of a friend, Caleb agrees to hire Ariel Lauren on a trial basis.

As an orphan, Ariel has more issues than just how to make it on her on.  Yes, she needs the money that Caleb offers her, but more than anything she finds she desires his love.  One calamity after another befalls her and jeopardizes her new job and her chance at having a family.  Will they decide to continue life alone or will the magic of the holiday bring them together?

There Your Heart Will Be Also – Inspirational Suspense
For more information on me or my books check out my website:
www.feliciarogersauthor.webs.com or on my Facebook fan page at http://www.facebook.com/pages/Felicia-Rogers/115490501841225.  And last but not least, I can be contacted at:  feliciarogersauthor@yahoo.com
author blog Felicia Rogers Solstice Publishing