On February 2nd, Valentines Pets and Kisses, a boxed set of sweet romances, will be released. As part of our campaign, we, the authors, thought it would be a nice idea to give readers a chance to get to know a little bit about us. So here we go. 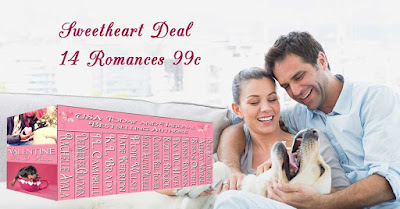 
The Feline Fix, is my cute novella featuring nerdy scientist Wendy Wilde and ultra lovable Police Constable Callum Forde. I wrote it in Nottingham, England which is where I live. I smiled to myself just the other day as I was actually walking on the road, I’d set the first chapter in!!

Here’s the blurb: After Wendy Wilde made the biggest mistake of her life, her boss sent her home from the lab in disgrace. She was ordered to balance her work life by Valentine’s Day or find herself another job. Forced to let loose and have fun, Wendy meets Officer Callum Forde and tells him about her To-Do list. But first she had to find out who else was feeding her cat and why was Officer Forde intent on helping her find out!

I’m a huge cat lover, so a loud YES flew across the Atlantic when I was asked to join Valentine Pet’s and Kisses.

Early 2015 I’d written The Cat Café, so writing The Feline Fix was a natural progression. It was so easy and fun to write, mixing two of my favourite things, romance and cats. I’ve been in writing heaven.

Three years ago I would say at least seven to eight months. In 2014 I did the National Novel Writing Month challenge (50k words in 30 days) and was so scared of failing, that I just put my head down and wrote, finishing the 50K in 19 days with a very good manuscript to boot.

During that process I veered from my normal writing techniques, I hadn’t plotted or planned, just trusted my instincts and wrote. Now I will plan loosely, but write a lot faster. However, it did take me five novels and many years to get to this point.

Someone once said that whatever you were doing before the age of ten, is what you were destined to be before the noise of the world intrudes.

I have two distinct memories. The first was seeing my name in print. It was under a photograph of myself in the local paper celebrating Victorian Week when I was around 8 or 9 years old. I remember looking at my name, seeing the black fuzzy script and liking the feeling.

The second memory, was when I was around 11 years old. I had this crush on a boy and wrote him a love letter. In that cruel way of kids, he’d posted it on the blackboard for everyone to see! But to me, I was really proud my words were actually being read!

Unofficially that love letter was my first ‘public’ works.

I consider myself to be one of those interesting people who never really knew what I wanted to do in life, aside from seeing as much of the world as I possibly can. I have travelled extensively, and captured every memory, every lyrical word and emotion and the brightness of other cultures in diaries. At one point I had several diaries going at one time.

But I knew I really had something, when, within the space of a few months I lost two cousins and an uncle. In my grief I wrote. I worked as a travel consultant during the day, but at night I scribbled away. Four months later I had a massive 140,00 word manuscript and a healed heart.

It was several months after that, that I re-read what I wrote and sent it off to a publisher. I’m surprised it actually got read as I’d printed it off in single lines and spent a fortune on bounding.

They called me in, told me I had a gift, sent me off to take a creative writing course and the rest is history.

It would have to be Felicity ‘Fliss’ Pecora in Call Me Lucky. She’s a feisty girl, angry with life, raised by a bi-polar mother in a rough and tumble neighbourhood.

A day with Felicity would probably start with her being incredibly tired as she works the night shift in a call centre. She’s not a girly girl, so we wouldn’t go shopping, but maybe go to a cosy café’ away from the crowds. We’d probably go to a pub quiz in the evening and win because Fliss is one of those annoying people who knows a lot of random facts.  She’s fiercely loyal and I know she’d be my friend for life.

She’s one character I’ve yet to let go, as I’ve given her a cameo in The Cat Café and thinking of putting her in my third and final ‘cat’ book. Oh, and her storyline won me 2015 Medical Author of the Year award!

(6) Give us five random facts about you.

•      I once sold my pink sunglasses for a bus ticket into The Rift Valley.


•  I am an AFSer (American Field Service) and travelled to Kenya as an Exchange Student for a year.

Where can readers find you? 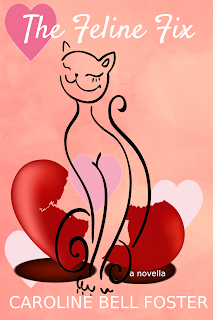