On February 2nd, Valentines Pets and Kisses, a boxed set of sweet romances will be released. As part of our campaign, we, the authors, thought it would be a nice idea to give readers a chance to get to know a little bit about us. So here we go. 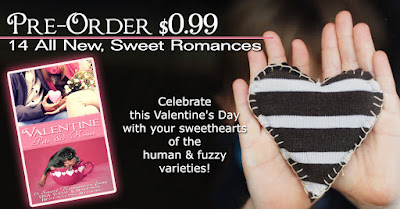 
Her Perfect Catch is a romantic comedy novella about a nerdy, struggling sports writer looking for love and professional success and finding neither with her sports blog, The Vin Report, at least not to the degree she needs to in order to pay the bills. Tired of being disrespected by men in the sports journalism field, she has taken on a male penname and uses her best friend (Dylan Starke) as a front man so that they men in the industry will take her views seriously. Although she’s had some initial success, her advertisers are backing out and she’s coming to a decision point—do I keep trying or do I give up and go back to the 9 to 5 job. Just when she feels all hope is gone, her cousin gifts her with two Super Bowl tickets and an all expense paid trip for two, a sport writer’s dream. She decides to take her sexy best friend Dylan (an unrequited love interest) and she’s sworn to resist her feelings for him forever. But things in her personal and professional lives take a major turn when she has a chance encounter with a star NFL wide receiver and her favourite player. Their meeting may lead to the story of the year and the love of a lifetime.


I would have to say my mother first encouraged me to be a writer. She always said I was a strong reader from a very young age. When I was 7 or 8 she started buying me diaries, the ones with the locks on them, and that’s where my writing career began. My adult diaries would eventually serve as the inspiration for my first novel, The Bum Magnet, which I didn’t get the courage to write until just before my 40th birthday. When I announced to my family that I’d written the book, they all asked, “Is it an autobiography?”

After writing The Bum Magnet, I entered it into a now defunct writing contest, the Amazon Breakthrough Novel Awards. I made it past the first round, but what I really took from Amazon was the writing community. It was the first one I ever interacted with. There, I learned that to get your book published, you needed to sign up with a literary agent. Of course, I thought this would be a BREEZE. After all, I’d written 336 pages of brilliance (*eye roll*). So, I sent out the first book I’d ever written in search of an agent and my Oprah moment. I can describe the experience in one word: Rejected! I want to say I got rejected about 100 times, but it was probably more. After many vodka and tear-soaked nights (I jest…but, not really), I turned my focus to the helpful criticism and used the advice to edit my manuscript. Eventually, I decided to self publish it. After some great reviews and buzz, it caught the eye of a senior editor at a publishing house and eventually got picked up by Simon & Schuster in a two-book deal.


I’ve been writing ever since. I’m now working on my 10th novel.


When I started writing Her Perfect Catch and realized the ending would exactly tie up all the loose ends I realized that, to offer the reason the fully satisfying ending, I was going to need to write a series, even if a short one. That way all the characters could find their version of their own happily ever afters, whatever that may be. So, I decided to write The Playmaker Series. Her Perfect Catch is the first released as a part of this set. The Player’s Option and The Eligible Receiver will wrap up the series, both scheduled for release next spring.


I’ve written romantic comedy and spy novels. In my romantic comedies I was decidedly a pantser—just ran with it. Absolutely did not stray from that all. My process was very organic in that I just wrote the story however it came to me. I learned early to let my characters have their way because they tell way better stories than I do. And most of the twists in my stories come from them, not me. I mean, I’ve never written a book in which I wasn’t surprised or even shocked by what the characters did. That’s such an energizing process. It really does make you anxious to get to the page every day to see what’s going to happen next.

But when I started writing this spy thriller series I literally HAD to start outlining. The main reason was that my plots were way more intricate. I was telling the stories from multiple points of view (as opposed to first person) and there were multiple subplots to keep track of. Now I’ve started outlining everything. I find that I still have the flexibility I need because if my characters take me in another direction, I just allow them to. But on days that the muse isn’t running at full throttle, I can be productive and just write to the outline, which keeps things moving forward. Everything can be fixed later, even if you force it, even if you hate it. It’s usually better to have something down than nothing.


I mostly write in my office…when it’s clean. When I’m in a writing groove, and I have multiple projects going on at once, I tend to let the papers build up, and it can get cluttered very fast. I can’t write well with a lot of stuff around. So I actually cleaned out a bedroom we were using as storage space and added a laptop desk, nice lighting, minimal décor, and a big comfortable futon that is the perfect height. Sometimes, I go upstairs and hide away when the office gets to be too much or when I need a super quiet space. But I try to do an office cleaning on the break between projects, so I don’t stay away from my main space for too long. 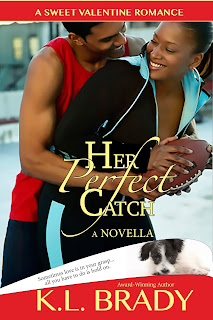