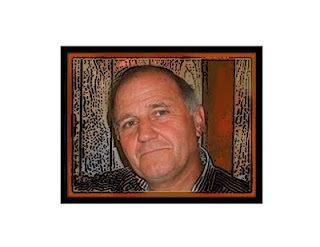 Don lives somewhere between the Twilight Zone and the Outer Limits; a storyteller. He shares fiction and non-fiction stories with every age group, while visiting schools, retirement communities and speaking at club events. He is well published with work now that spans 62 countries. He is also known for his digital photography used as covers for his story work. His name pops up everywhere under various titles such as dgford, grassroots08, Greywolf. Don writes in EVERY genre, since he teaches the occasional "Writing For Publication" class to adults. He is also his town's Poet Laureate. He is proud of his Native American Heritage.
Tell us something about yourself and how you became a writer.
Sometimes we experience difficult things in life, and we find a way to look the other way. At age of fifteen I began penning poems, at the same time my parents separated.
What are you working on right now? Tell us a little about it.
Did you mean what sort of things are kicking around in my head? I have a very active imagination that works well with my muse. I am finishing up another short story called “The Eight Wonder.” It is a delightful tale that, as is usual with most of my writings, will end well.
Do you have anything specific that you want to say to your readers?
I apologize, friends, for taking so long to finally get to this place where you are able to enjoy my stories. I’ve always been a writer, but didn’t apply myself soon enough to get my work published until about four years ago.
What do you think makes a good story?
I used to think it was the characters. In a way it is! But the way the story goes and is able to carry the reader along to the end is even more vital. I wrote a story about a conversation between an ant and a roach. By the time the story was over it brought tears to my own eyes. It still does; go figure.
What has been the toughest criticism given to you as an author? What has been the best compliment?
If I understand this question well enough, it would be when I’m told the piece is too short by an editor. Then I want to please that person, by adding the extra story embellishment, and I’m complimented by my story being published. Yahoo!
What do you do when you are not writing?
Well, I’ll be honest and say I usually never leave the house without a piece of paper in my pocket and at least two pens. So, even when I’m not writing, I’m waiting for a new idea to come to mind. If I’m not prepared at all times, I could lose out on my next great piece.
Tell us about your writing classes.
These are adult ed classes usually at a high school or votech school. I was originally asked to teach because I had a number of stories published in magazines. The school approached me; I never went to them. The very first class went well and I even received an email from a magazine while in class, asking me to do a slight revision on my piece. So it became a class project. This is a teacher’s dream come true to have the stars all line up in this way!!!
I understand you use your own artwork as cover art. Could you tell us a little about the process? Do you offer your services as an artist?
It was never my intention to do the artwork in the first place. I was on a writing site and a sister art site offered their artwork to help tell our stories and make our poems and other writings look good. After a while folks started leaving the art site and took the art work with them. Now writers were left with just the words and no picture. This was frustrating so I began doing my own photos and manipulating them to fit my story. Thus, my digital creations began to come to life. :-}
Because I have recently (over the last couple years) done the photo work I had not offered this as a service. Now that other writers have seen my work at art galleries and libraries, my pieces are beginning to sell. Some of it was experimental, but attracted attention, nonetheless.
I would be thrilled to work with anyone on their book, if it needs cover artwork. I'm flexible and quite reasonable.
Where can readers find you?
Find me on Facebook at http://www.facebook.com/grassroots08
Find me at http://www.cnyartists.com/profile/DonFord81
Find me at http://www.fanstory.com/mypage.jsp
Find me at http://community.writersdigest.com/profile/DonFord
Find me at http://www.fanartreview.com/mypage.jsp
Find one of my e-book stories at http://www.solsticepublishing.com/products/Royal-Ferdinand--%252d%252d%252d-PDF-EBOOK.html
Thank you Don for stopping by for a few questions!
artist author interview Don Ford