Bethany Lopez, author of Ta Ta for Now! discusses her experiences with Self-Publishing 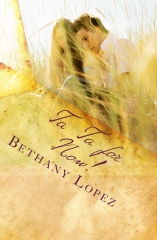 Bethany Lopez was born in Detroit, Michigan, and grew up in Michigan and San Antonio, Texas. She went to High School at Dearborn High, in Dearborn, Michigan, which is where she has set her young adult novel. She is married and has a blended family with five children. She is currently serving in the United States Air Force as a recruiter in South Carolina. She has always loved to read and write and has seen her dream realized by independently publishing her first novel through Amazon with CreateSpace and Kindle Direct Publishing. Ta Ta for Now! is also now available through Smashwords at Barnes and Noble.com, on the Nook and the Sony eReader.